You thought this was going to be a post about the kids, didn't you?  Hah!  Not this time, surprisingly enough...  This morning, the first flight of the day lifted into the air and promptly came back down.  I guess they didn't want to fly with the landing gear stuck.  Wussies.  So the plane was dumped and the passengers got to stay at the airport until the later flight, which was scheduled to leave around 1:15 or so. 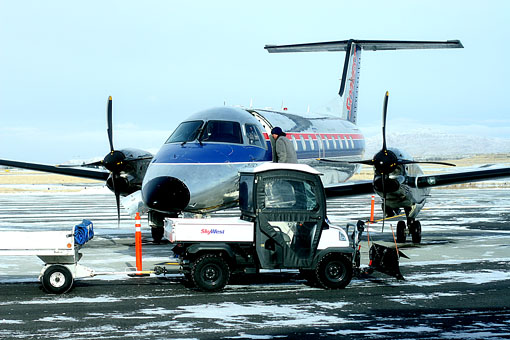 The poor airplane didn't get any attention until noonish, when fix-it dudes hoisted that bad boy up like they were changing the tire on a car.  Must be some jack! 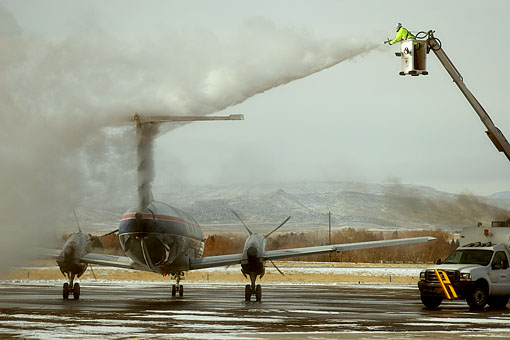 To make the long, cold, miserably freezing day even that much better, the flight coming in from Salt Lake was late, so all the passengers who rebooked from the earlier flight sat.  and sat.  and sat.  for an extra hour and a half.  Yes, they did finally board, but not before having to sit and watch as the pit crew deiced the bird.  I think this is one of my most favorite shots ever...and you can't tell, but that's a woman up there in that cherry picker, and another woman driving her around.  Awesome.
Posted by The Accidental Somebody at 10:00 PM