Birthdays, exes, and baseball oh my!

Somebody celebrated a birthday on Monday - my little baby boy is now a strapping eight-year-old and he's on the verge of joining his compadre in the too-big-for-mom-to-hold category.  Not if I can help it!  He kept saying it was the best birthday he had ever had, mainly because his dad came up for a few days to celebrate. 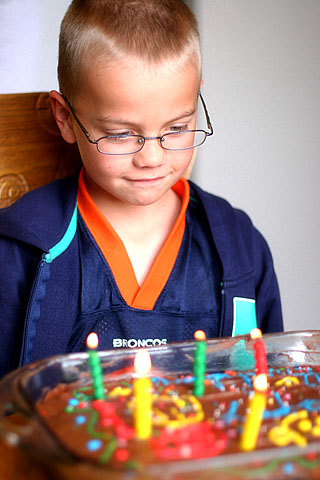 It's really nice that Dave and I get along as well as we do (Might I also throw in that he has celebrated a few milestones of his own, mainly that he is nine months sober.  Yay Dave!).  Anyhoo he came late Sunday night and crashed with us here at the apartment for a few days.  We enjoyed eating out, building Brandon's new Lego sets, going to the movies, and just having a good time together.  Brandon was also very excited that his dad finally got to see him play some baseball during his practice last night.  He got a few good pointers from him and I'm pretty sure he felt on top of the world for having him there.  Or at least he looked like he did.  His huge smile never left his face. 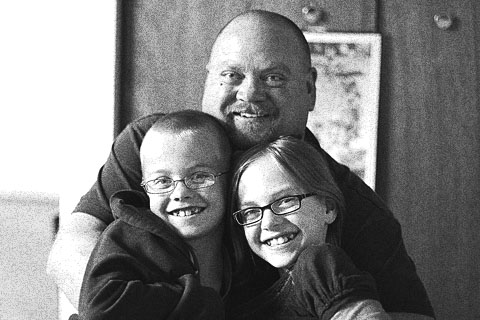 The kids said goodbye to him this morning after Amanda made a smashing batch of buttermilk pancakes, and they are looking forward to spending a couple of weeks with him in Denver this summer.  What a great weekend it was!
Posted by The Accidental Somebody at 3:06 PM

that's great you two get along like that. Maeks it easier on the kids.

Amanda made pankaces? How cool are your kids?
There's a reason for me to have them, goes on the list of pros. :P

And before who reads here gets tens I was kidding about the list of pros and cons to have kids.