Amanda's hair is an endless struggle.  It's fine, it's fairly thin, and it's stick straight.  She doesn't like to spend time styling it (who can blame her), and it's just an all-around pain in the ass.  So a few days ago she mentioned she wanted a pixie cut.


She's had this hairstyle before, back when she was about six and a half, and it was absolutely adorable.  Back then I gave her the lowdown about what to expect with a "boy" haircut.  People would call her a boy, kids might make fun of her, her dad wouldn't like it, etc.  She didn't care what anyone said and stressed to me that she wanted to be herself no matter what others thought of her.  Couldn't argue with that!


This time was no different, only I stressed it even more because she will soon be in middle school, and we all know what that means: girls from HELL.  She is at an extremely vulnerable age, and as proud of her as I am for being such a bold young woman, I am afraid for any possible future torment from the cats at school.

I asked her to sit on it for a few days to really make sure it was something she wanted to do.  We talked about it more today, and she said that the benefits of a shorter 'do were worth the risk of the haters she might (or might not) have to deal with.

So that was it - she was convinced, and once she sets her mind to something there's no going back.  I offered to cut it myself - when I used to wear my hair in a pixie I always cut it myself because no one could ever get it quite right.  I figured if I could do it on myself, I could surely do it on her.

So without further ado, here she is... 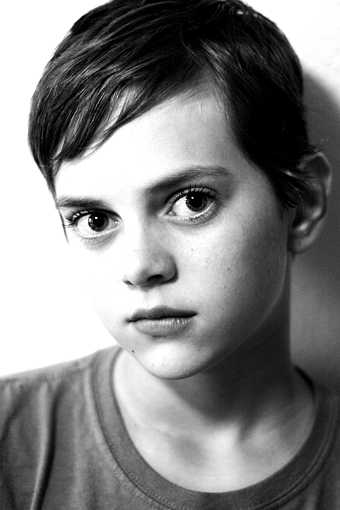 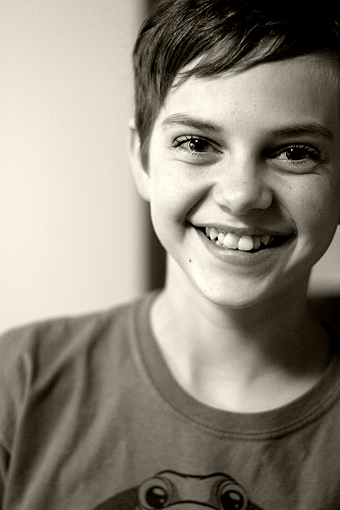 I thought I'd throw this in - so many people say Amanda and I look alike, so I tried to find a picture of me when I had my short hair that most resembles her... 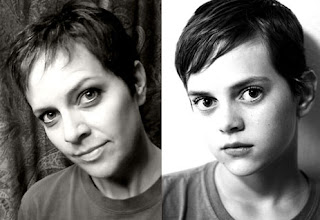 Posted by The Accidental Somebody at 11:19 PM

Your daughter has the most gorgeous eyes! And she looks beautiful in her pixie cut! :) I had my hair like that for a while as a teen and loved it (cut it myself because I didn't trust anyone else). It sounds like Amanda is a young woman who knows her own mind--which puts her far above most kids her age. She's lucky to have a caring mom who listens. :)

It's a really cute look on girls. She looks like Twiggy in the first black and white pic.

How Beautiful! Her eyes are the perfect compliment to the pixie! You go girl!

Nice job! Have I told you that my my wife is a cosmetologist, weLL actuaLLy we have two shops. We bought a larger retail place last year that has a salon and now nails, and we rent space to other people at her old building. Never a duLL week around here!

She looks gorgeous! Really suits her face and brings out her beautiful eyes :-)

Yay for her! She looks like a model. She totally rocks that look.

I know I weighed in already but it looks great! Ash loved it too! If anyone gives her too hard of a time tell her to aim for the nose! Or call me I'll be here enforcer! Beautiful!

She looks adorable with that cut. My goodness, look at those eyes. She's very Audrey Hepburn with the pixie cut. Gorgeous girl! I wear my hair very short as well. I love getting out of the shower and letting it air dry and I'm ready to go. No blow dryers, no curling irons, just a touch of hair goo and I'm fine.

Thanks everyone - she's loving it and has been finding different ways to style it, whether it's girly or crazy or just WHATEVER. So proud of her for doing what she wants regardless of what others think!

She looks so cute with the haircut!!
I think its great that she had the confidence to do it, I wish her the best in Jr. High! My sister is in Jr. High and the girls really are awful! I hope that she has a good experience :) She is darling