Mr. B celebrated his 6th birthday at Chuck E. Cheese's last night and boy was it fun! We decided to have it on a Monday instead of on Saturday which was his actual birthday because...well, we didn't want to fear for our lives from the stampede of weekend Chuck E. fans. He made a haul with all the great gifts that were given to him, and he was able to play with some friends who he hadn't seen in a while. Even I got to catch up with my friends who I clearly need to hang out with more often! 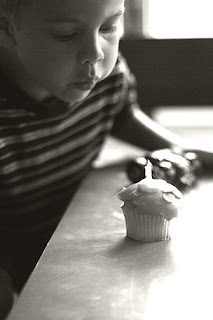 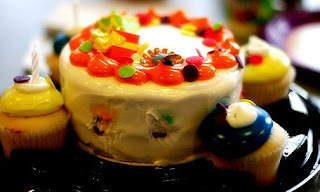 Those splotches are from missing cupcakes...it was sure a pretty cake though. And NO I didn't make it! 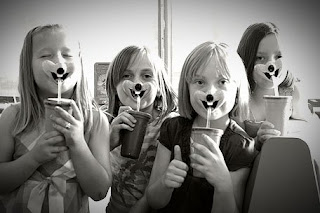 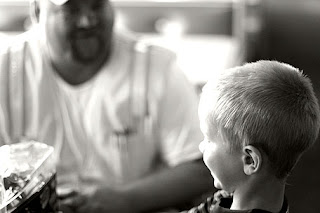 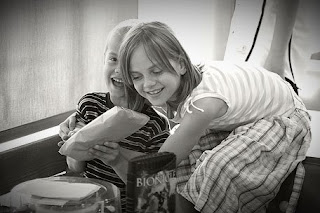 Forced into a hug by his sister. Git 'im Mandy! 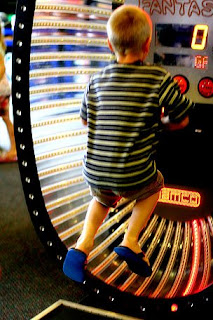 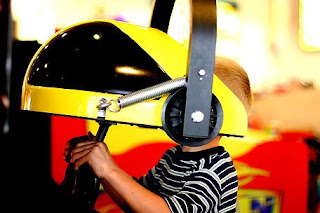 My what big eyes you have... 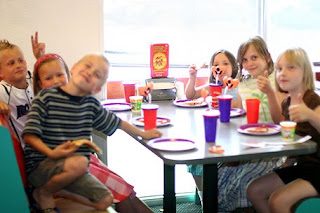 So glad I was able to at least focus on the napkin dispenser. 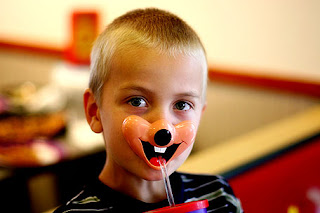 Big Cheese!
Posted by The Accidental Somebody at 9:24 PM