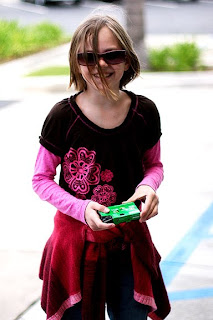 Amanda bein' silly as we wait to get onto the shuttle, but still doesn't know where we're going! 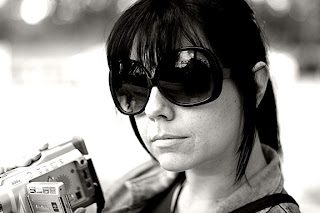 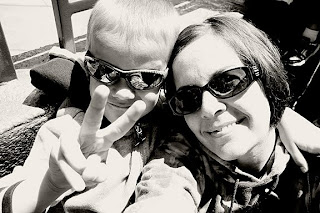 Waiting in line for our first ride of the day, where rockets go 'round and 'round...  B is SO cool! 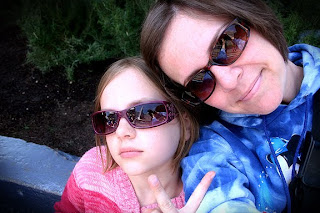 Waiting for rocket ride... Amanda is too cool for words. 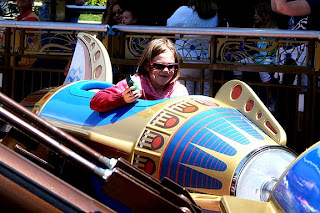 Camera in hand, waiting for the ride to begin. 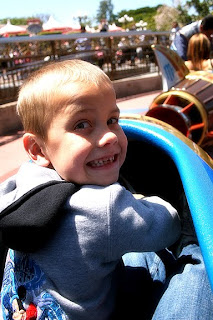 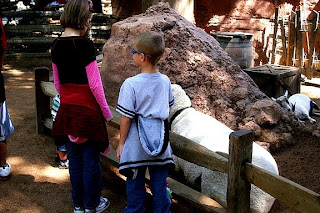 Standing next to a VERY large sheep. 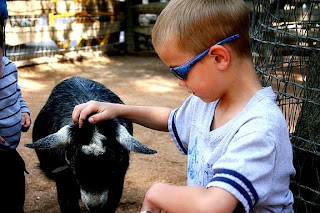 The goats were so relaxed Aunt Holly and I wondered if they had been drugged... 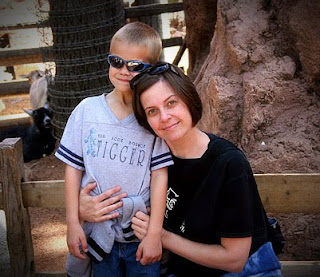 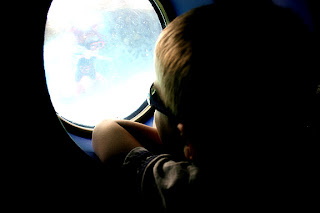 Brandon during the submarine ride. 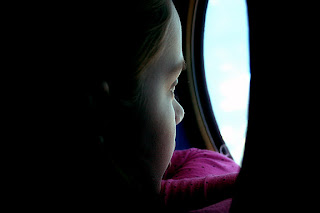 Amanda during the submarine ride. 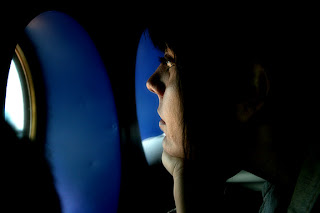 Last but not least, Aunt Holly during the submarine ride.  Little did anyone know, this ride almost put ALL of us to sleep!  As soon as we surfaced we went back to the motel for a MUCH needed nap, then we headed back to the park! 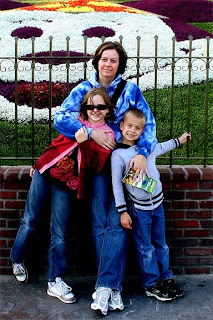 The Happiest Place on Earth... it's true!  Even though I don't look happy, I'm thrilled to be there, just TIRED!!  :) 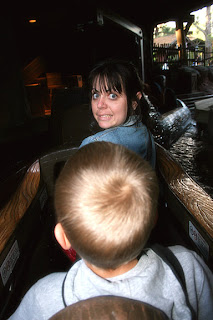 On our way up Splash Mountain... love the look on Aunt Holly's face! 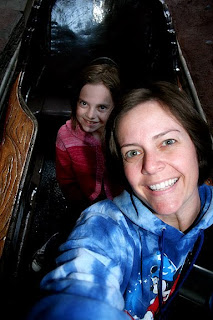 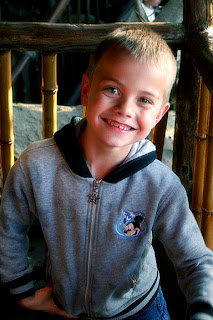 Great candid of Brandon up in Tarzan's tree house. 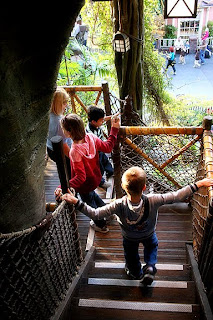 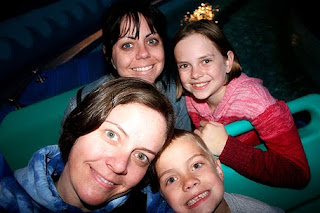 On our way into Small World. 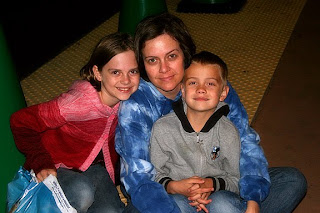 SO exhausted after such a full day! 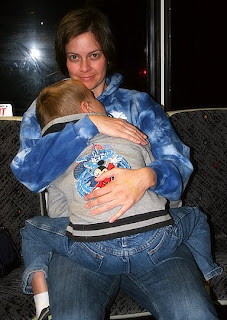 Brandon was asleep as soon as I got him onto my lap.
Posted by The Accidental Somebody at 11:44 PM

What fun! Great pictures! thanks so much grandma