A picture is worth a thousand emotions 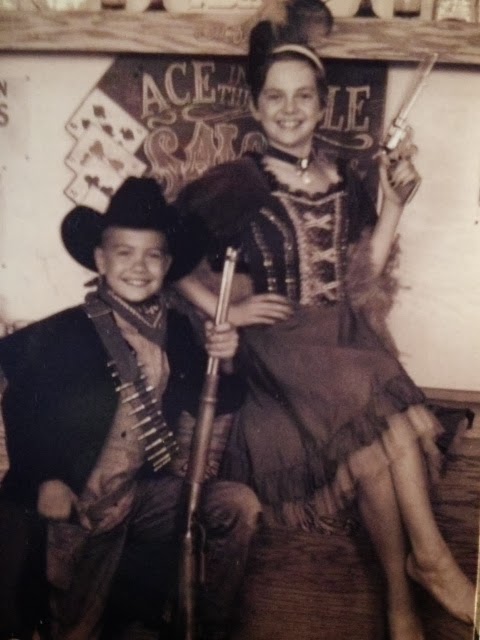 This is a picture of a picture, a little blurry but a lot perfect.  I love this picture so much - the looks on the kids' faces radiate happiness like I've never seen in pictures of them before.  It was taken by my sister at her old time photo shop in Cody, and I can't remember what was done that caused them to react with such natural happiness.

The picture was taken for a reason -it was a Father's Day gift for their dad (Amanda's idea I believe).  Maybe that's why they were so happy...they were excited to give it to him and worked very hard to make sure he received it in time, which thankfully he did.

Faces of happy children, excited for their dad to see them in their goofy get-ups.  Faces that couldn't wait to Skype him and see his reaction.  Faces that had no idea that within less than a month, on a hot sweaty 4th of July, we would have the picture back in our hands as we packed up their dad's belongings in a Denver sober home where he took his final breath of life.

Seeing the picture felt so odd, as if the happy emotions of it's existence still swirled around the smiling faces in a palpable energy.  We had JUST sent it to him.  The ink was barely dry.  It wasn't right to be taking it back, it was Dad's, it was for Father's Day, WE JUST FUCKING GAVE IT TO HIM!!

I have the picture sitting on my nightstand.  I love it so much that I nearly burst into tears whenever I look at it.  Those smiles.  That excitement.  But with it comes pain and dark, ugly dread.  It's as if I know something those smiles don't, and I want to run up to them and fold them into my heart and soften the blow that is lurking on the corner of innocence and bliss.  It's almost as if life conspired to document a beautiful moment in time, just to turn right back around and yank the rug from beneath our feet.  I alternate between thanking life for the captured beauty, and telling life to go fuck itself.  An unnerving dichotomy if there ever was one.

So tonight when I reach to turn out my lamp and catch a glimpse of those beautiful smiles, I'll do my best to be more thankful for what life has given to us and to try harder to not ask it to go fuck itself.  Easier said than done...
Posted by The Accidental Somebody at 11:22 PM

Such a beautiful picture; such a difficult time. Dreadful, really.