Amanda came home from school today running a fever.  She melted into the couch and hardly moved the whole night - she was so pathetic.  One thing's for sure, when she gets sick you know without a doubt she's sick.

The one time she did move off the couch was when she came to the computer to video chat with her dad, and while they were chatting, Brandon disappeared.  Figuring he was bustin' a grumpy (read: taking a dump), I thought nothing of it until he came in and told me to "come here."

It's not unlike Brandon to want to show me something he's made, and as I was "coming here" I was hoping he wasn't going to show me a giant turd.  Instead he led me into my bedroom where I noticed a piece of paper and the box of crayons sitting on my desk.  He had made Amanda a get well card and wanted me to write a little something too. 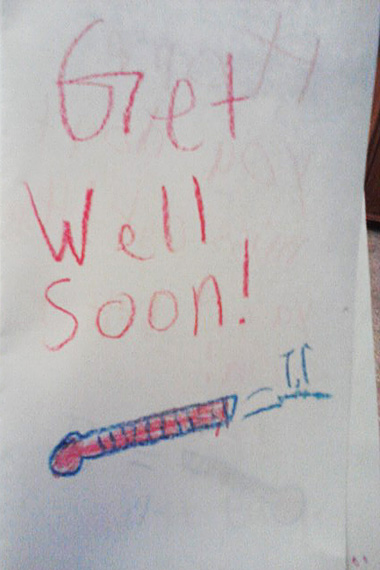 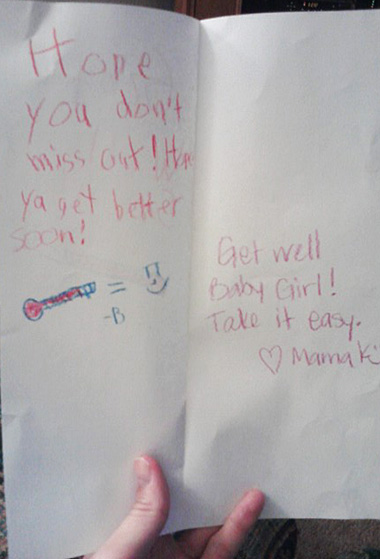 Later he explained that he feels bad when people are struggling and likes to do things to help them.  That's called compassion, son...I explained back.


My heart grew ten sizes bigger for my boy tonight.  I tell him often that one day he is going to make some woman very happy because he is so fucking awesome.

Poor kid probably won't have any girls that will want to be his girlfriend because of his freak mom who will expect nothing but the best in return for her fucking awesome boy.

All you little eight-year-olds out there right now?

Posted by The Accidental Somebody at 11:41 PM

OH that is so sweet. Seriously that boy is just a treasure. xx

How awesome is this!

What a wee sweet button!

And , you're a great mum

You have a lady killer on your hands... that was pretty sweet of him.

Bustin' a grumpy! That had me laughing! (I'd forgotten about that!)

Sounds like your son will grow up to be quite the guy! Congrats!

That's how my 6 year old is, he is so considerate and loving towards others, and he never misses an oppotunity to tell his mom .. "mommy..i love u" and give her a big hug. nobody thinks of dear old dad, but he tells me every night not to let the bed bugs bite and i get a "love ya". hopefully THIS generation of youngsters does way better with the world than we did... i loved this post, and i bet Amanda really loved her card.

Bustin a grumpy? That's a new one for me and hilariously funny. You have one awesome little man on your hands. Yay for you both!

There is hope for the future with kids like yours. 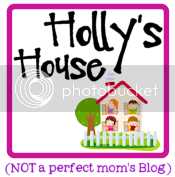